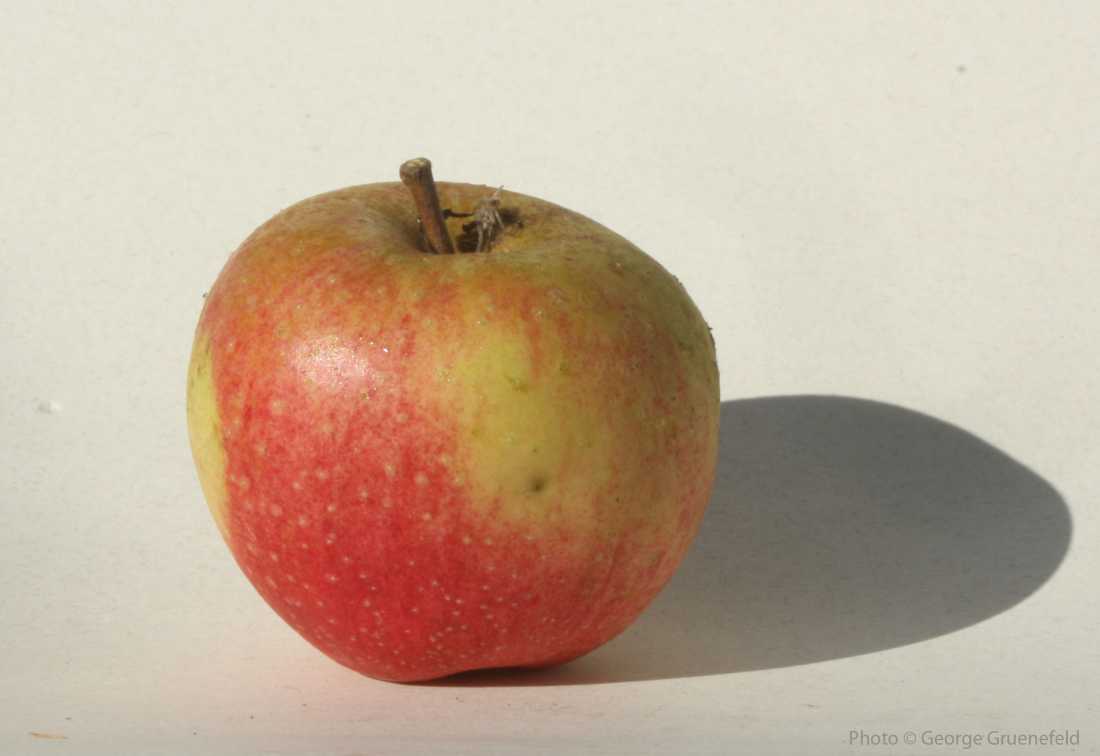 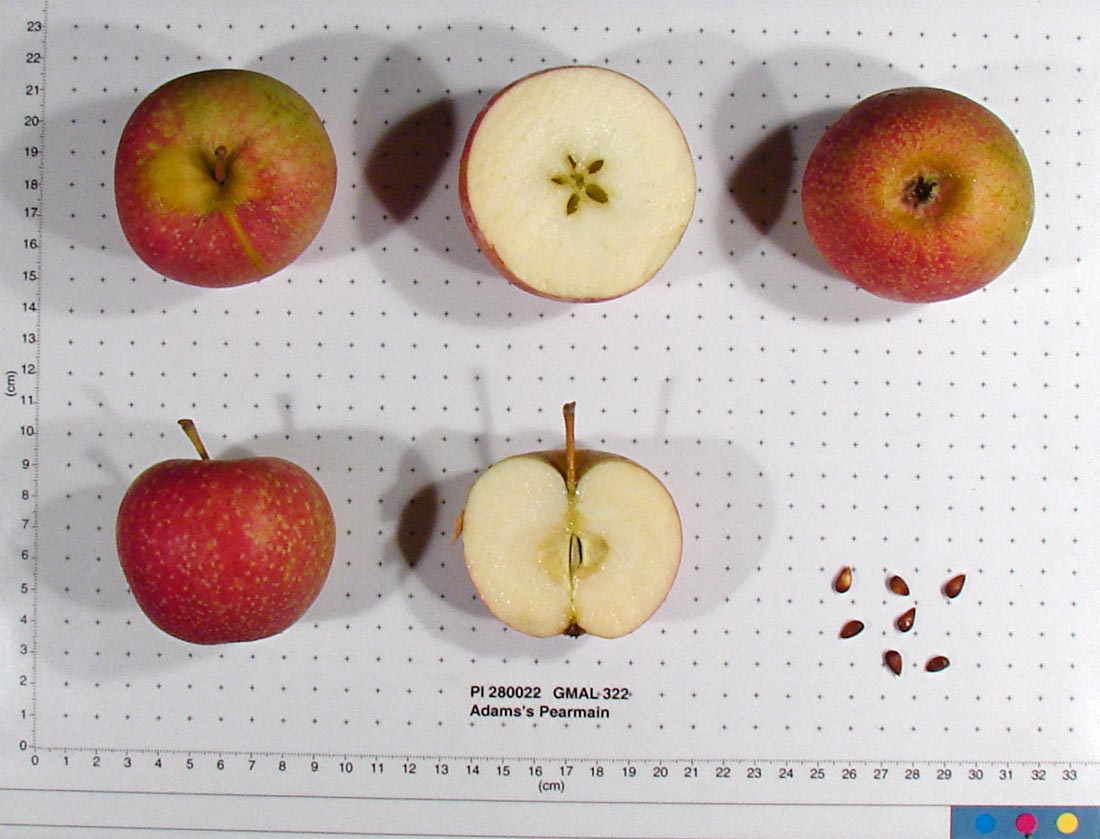 Synonyms: Adams (this is also the name of an ornamental crabapple), Adam's Parmane, Adam's Pearmain, Adam's Reinette, Hanging Pearmain, Matchless, Norfolk Pippin, Norfolk Russet, Rough Pippin (there is also an apple by that name), Winterstriped Permain, Winter Striper Pearmain. Sometimes also called Lady's Finger, but that name is in use by another variety.

Summary: This is an excellent heritage eating apple and is also used for cider.

Identification: Medium size. The shape is distinctly conic and the apple is typically higher than it is wide with some tendency to oblong. Vaguely ribbed and crowned. The skin varies from yellow to orange densely marked with dull red stripes, green on the shaded side. Look for small patches as well as lenticels of brownish russetting which gives the surface a dry, rough feel. The eye is medium, partly or fully open, set in a medium wide and medium deep basin. The stem is half an inch in length, thick and set in a shallow basin.

Characteristics: The fine-grained, creamy-white flesh tends to be somewhat too dry for eating out of hand for today's tastes and, as such, is better suited to use in desserts. Very aromatic, tart and the flavor is distinctly nutty and sweet.

Origins: Though this variety was first presented to the London Horticultural Society in 1826 as the Norfolk Pippin by Sir Robert Adams of Norfolk (U.K.), it likely existed some time before that in Herefordshire under the name of Hanging Pearmain. There is no indication of the seedling's parentage.

Cold storage: It stores up to three months in a cool room which was one of the many reasons for its popularity in Victorian England.

Harvest: Ready for picking early in the fifth period.