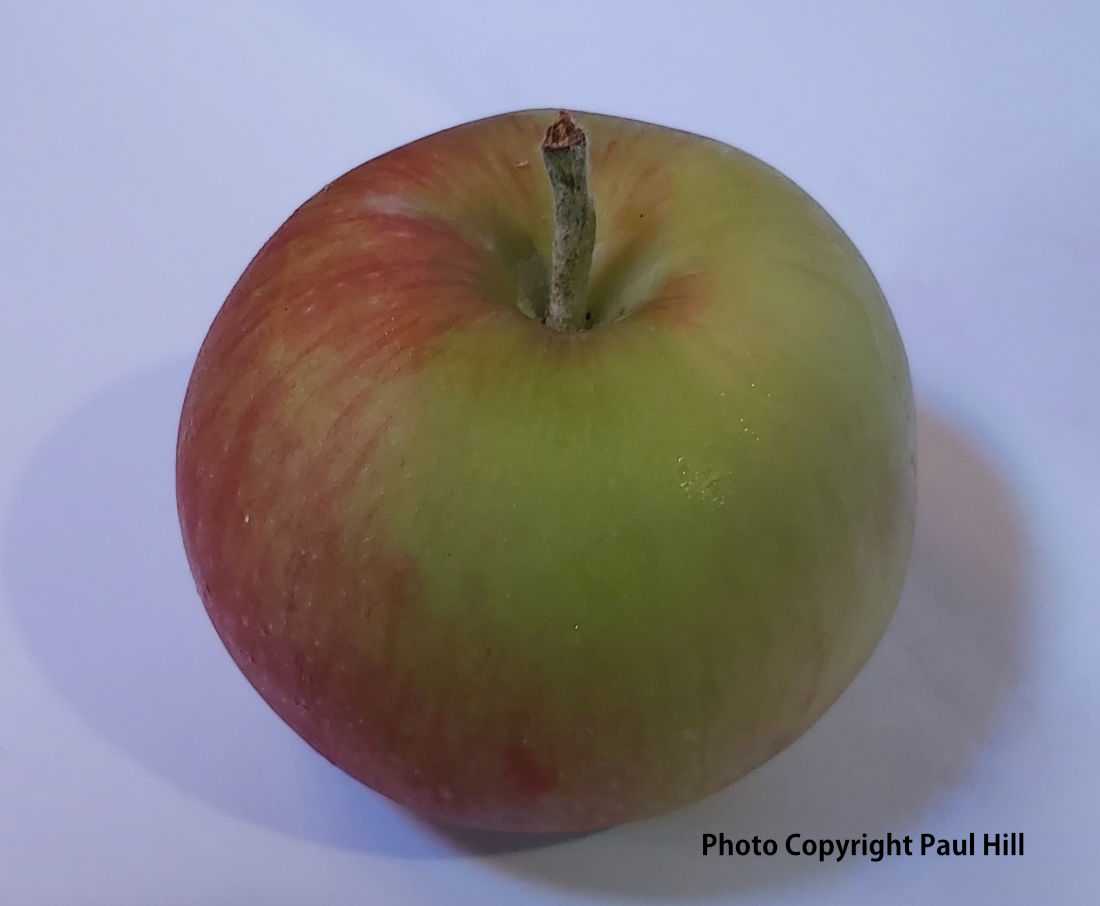 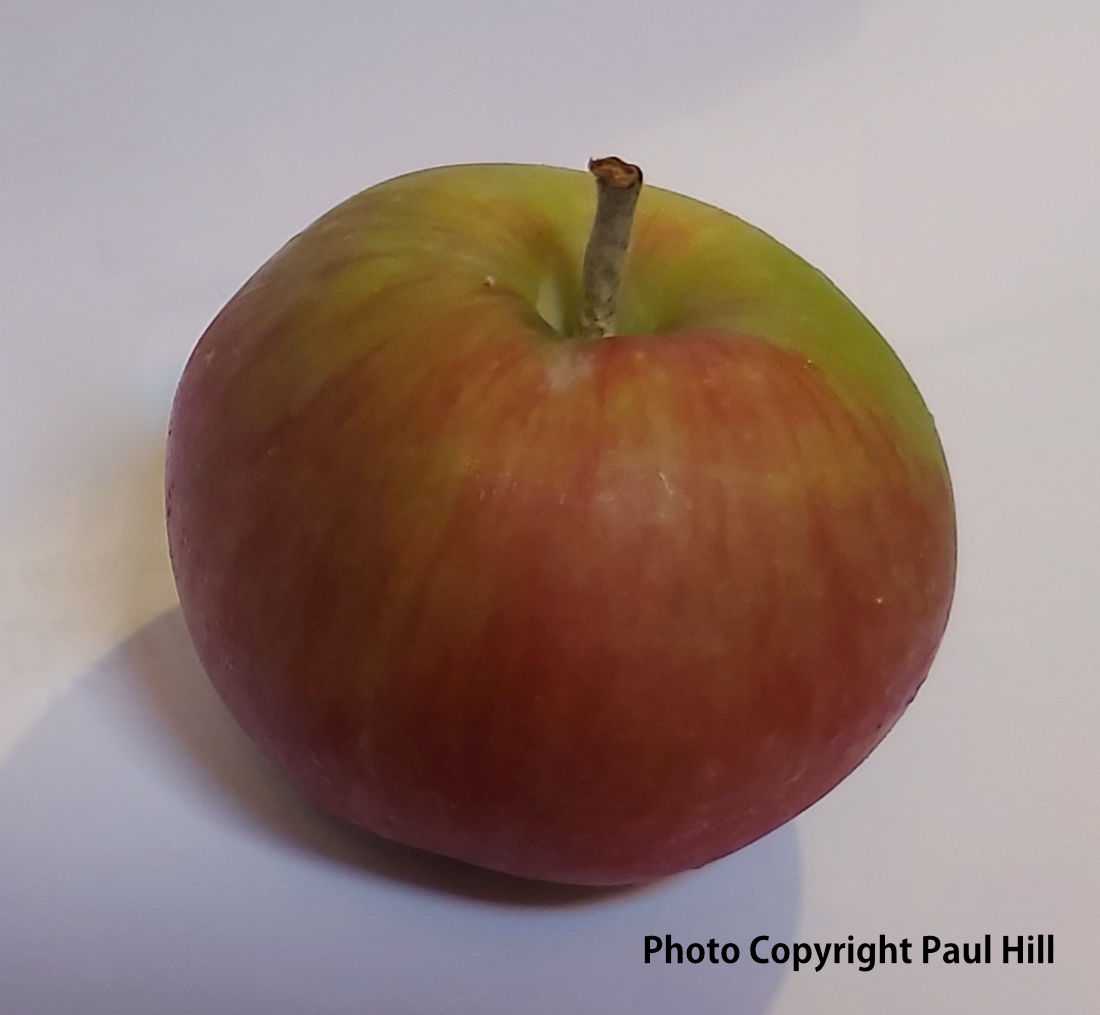 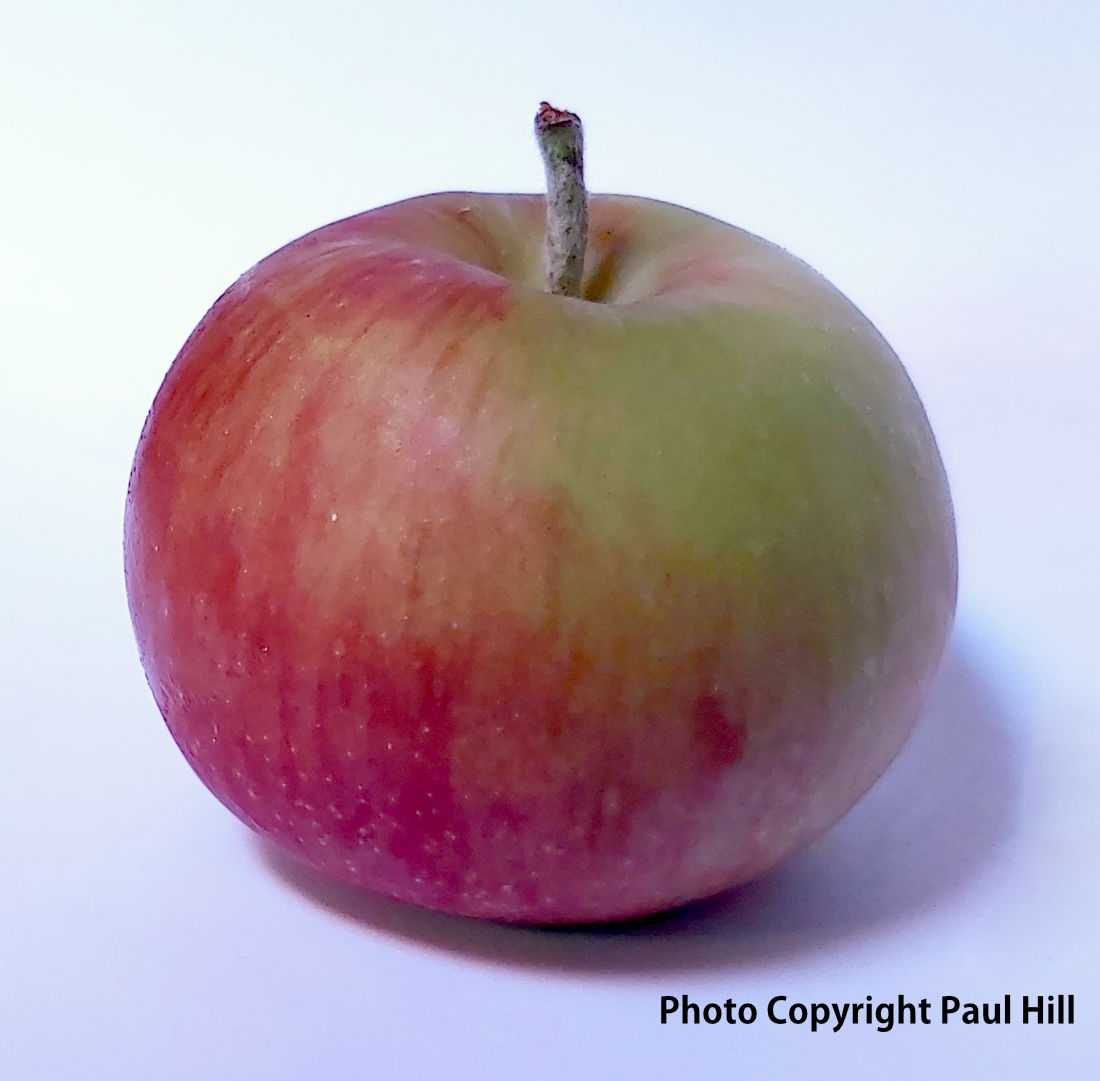 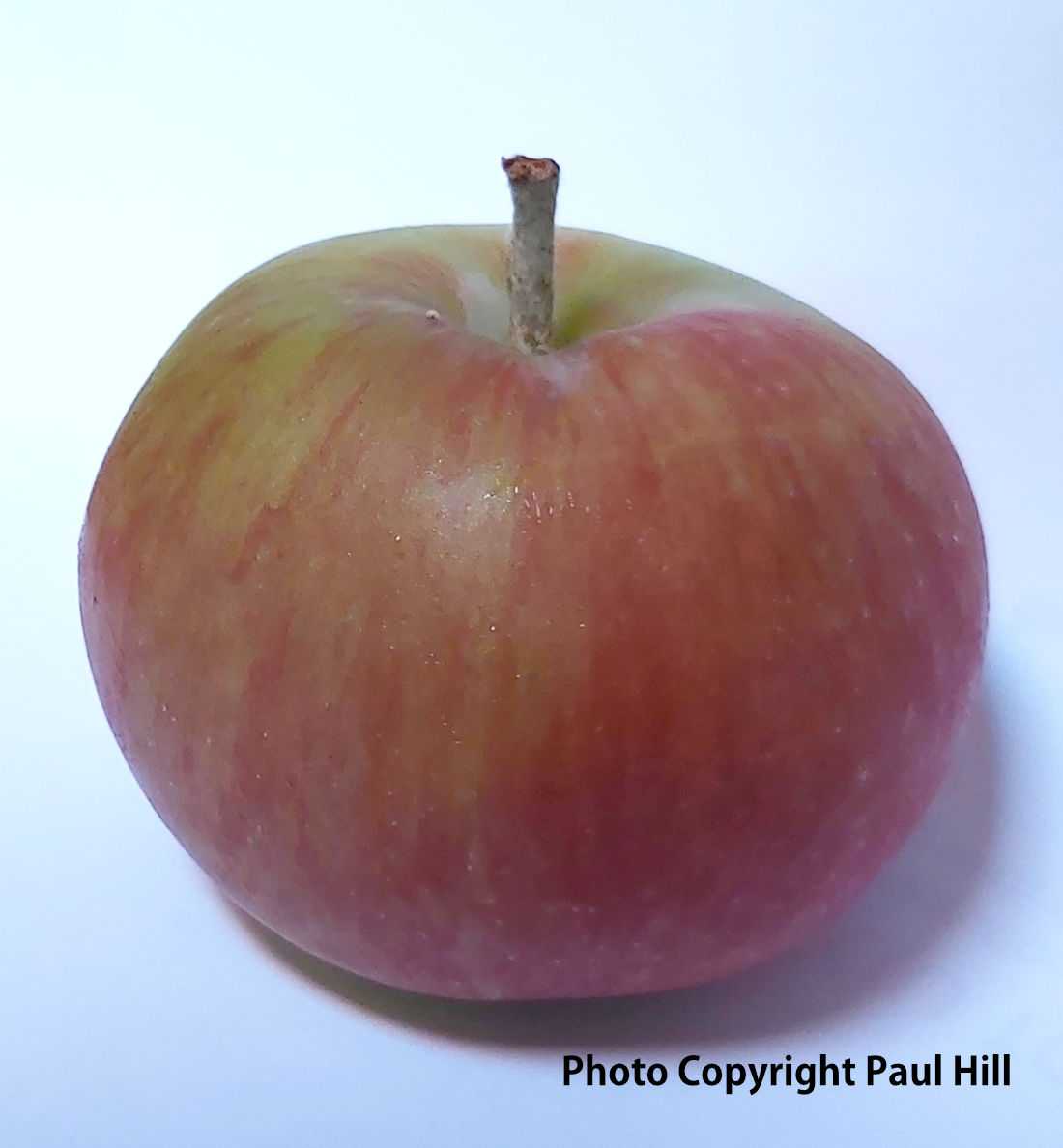 Identification: Medium size tending to large, round and somewhat tending to tall. Ribbed and often asymmetric. Light green base colour over which are pink and dark red blushes on the sun-exposed face, often with some striping. Lenticels are small and numerous, light coloured. The skin is smooth and glossy, but tends to develop a bluish bloom. The calyx is medium size and open, set in a deep and narrow basin. The stem is medium length and medium thick, set in a medium deep and funnel shaped cavity.

Characteristics: Flesh is white, stained red next to the skin. Crisp and juicy, somewhat sweet and distinctly tart with hints of raspberry. The apple goes soft and mealy quickly after picking although their freshness can be extended by a week or two with refrigeration. It bruises easily and the flesh browns when exposed to air.

Origins: Developed by L.F. Hough and C. H. Bailey during the mid 1950s by pollinating NJ77349 ( Melba , Sonora) with (( Williams x Starr ) x (USDA34) x July Red )) at Rutgers University's Agricultural Experimental Station in New Bruswick, New Jersey (U.S.A.) during the 1940s and introduced in 1956. Originally known by its test code—NJ 36—it was also marketed under the name Vistamac.

Cultivation: Moderately vigorous, upright spreading tree. Bears fruit on spurs. Crops heavily every other year but this can be managed with thinning after fruit set.

Notes: The variety was originally called Vistamac but was renamed in honour of the city of Vista Bella in the western highlands of Guatemala where it was widely and successfully cultivated following its release.

Harvest: Ready for harvest starting late in the second period. The fruit tends to drop as it ripens.