Synonyms: The name Gala is often applied to this variety. Found as a whole tree mutation of the Tenroy Royal Gala by

Identification: S Larry Olson in 1988 on the Olsen Brothers orchard at Prosser, The stem is medium stout and almost an inch in length. The Washington (USA). The patent is held by Stark Brothers Nursery skin is smoth and glossy with a waxy look. The base colour is of Missouri (USA) and marketed as Stark UltraRed Gala. It is yellow covered almost entirely with bold, bright red stripes in more conic and covered 90 per cent or more with deep red flushes. Pale yellow dots are abundant. marked with darker red striping. Starts to colour ten days

Characteristics: T earlier and can be harvested two to four days earlier than and juicy. Tenroy. Also, the lenticels are less abundant and rounded

Uses: Intended as an eating apple. instead of elongated as on the Tenroy.

Origins: T Olsentwo (Pacific Gala)USPP 9681 in 1969 in New Zealand By grafting wood from the original Discovered as a whole tree mutation of Tenroy Royal Gala nea sport, they were able to propogate it true to form and patent Prosser, Washington (USA) in August, 1989 by Richard Olsen it. and Larry Olsen. More intensely striped and almost completel

characteristics: The flesh is white, fine textured and tender. Very juicy and tart. 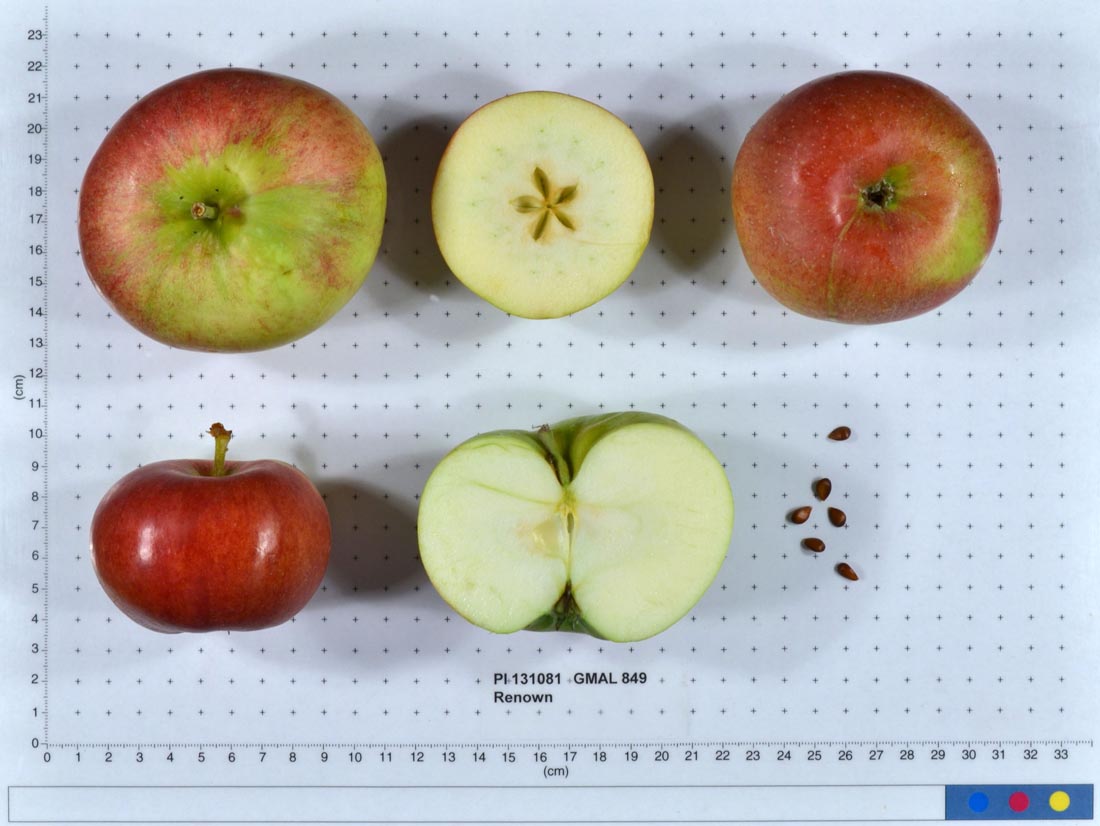 characteristics: The flesh is pale yellow, firm, Juicy and sweet.