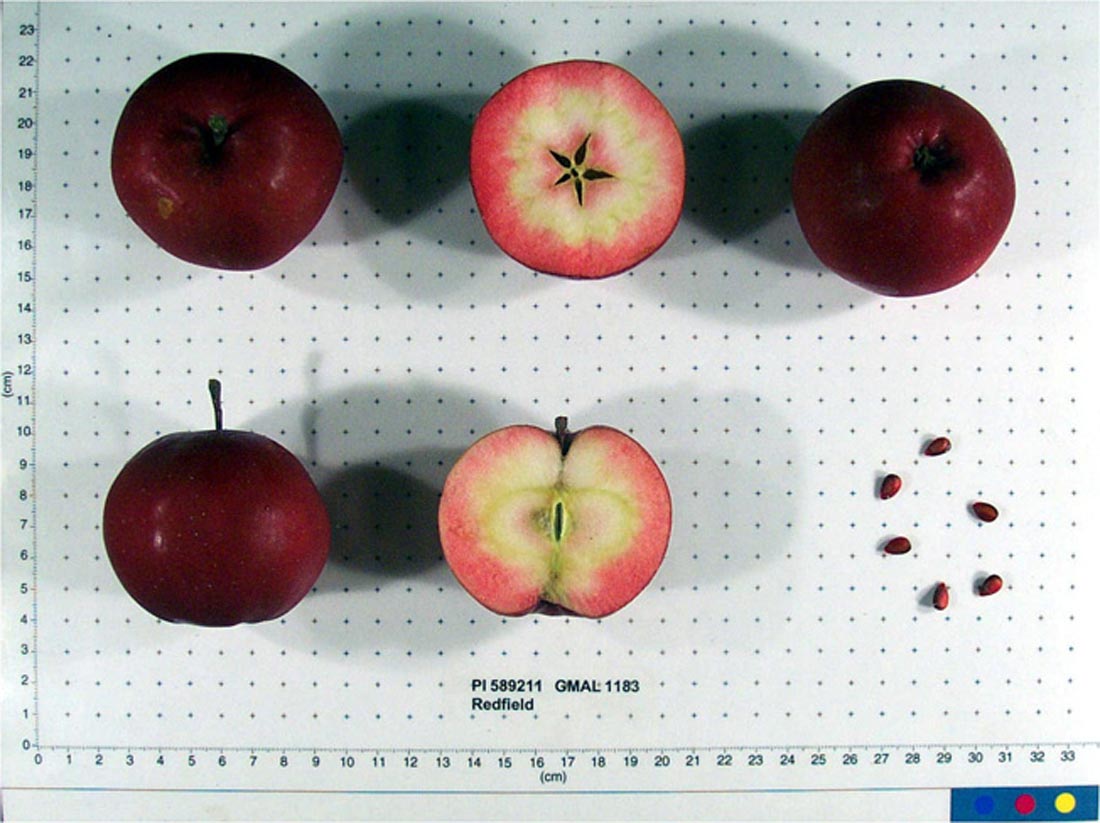 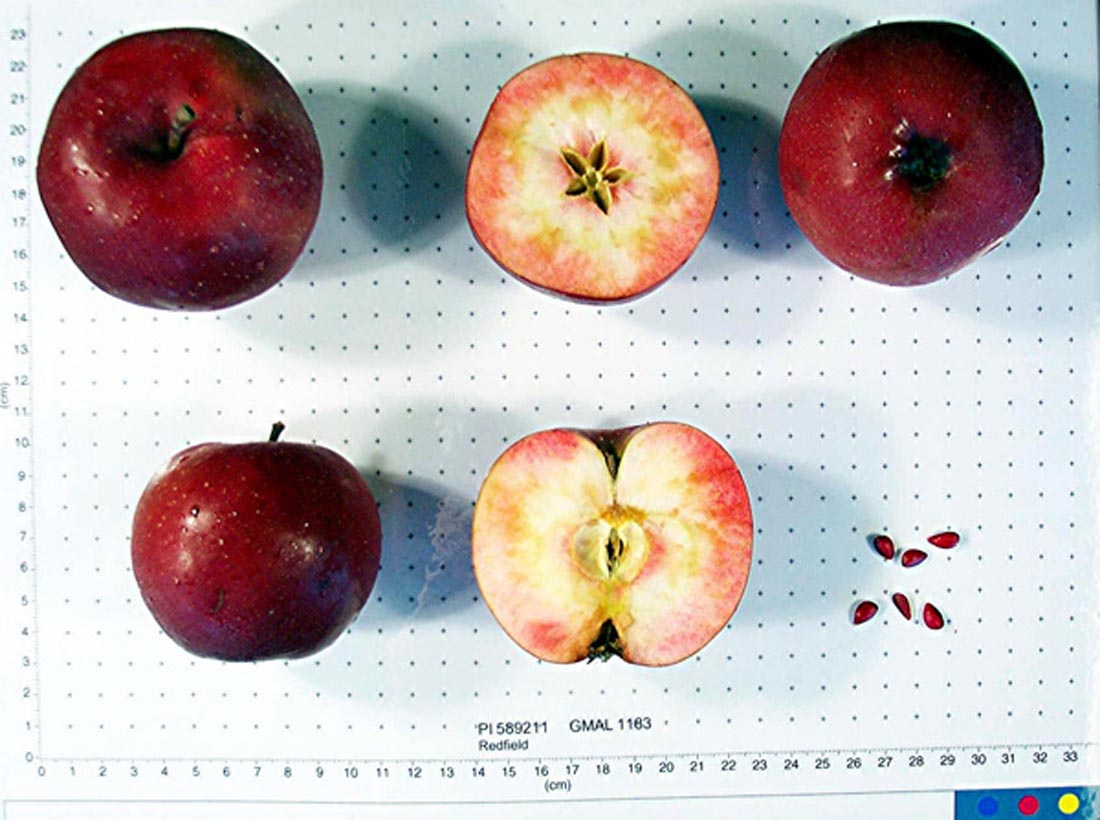 Summary: Often used as a landscaping ornamental variety, the Redfield looks and tastes great in apple jellies and pies. It can even been eaten fresh when tree-ripened, though a bit on the tart side.

Characteristics: The flesh is dark red under the skin and cream close to the core. Fine grained and tender. Tart, somewhat astringent and dry. Browns quickly when exposed to air.

Uses: A fresh eating apple that is best eaten freshly picked and tree-ripe, but must be fully ripe to be edible. It tastes wonderful in pies and as apple jelly. More recently, it has been discovered as a cider apple producing a fruity and well-balanced cider. Also used to make a red vinegar.

Notes: This is also a very ornamental tree with dense, dark pink blossoms during spring and distinctive reddish-bronze leaves and dark red bark, almost maroon the rest of the year

Juice character: Presses out to a blood red must.