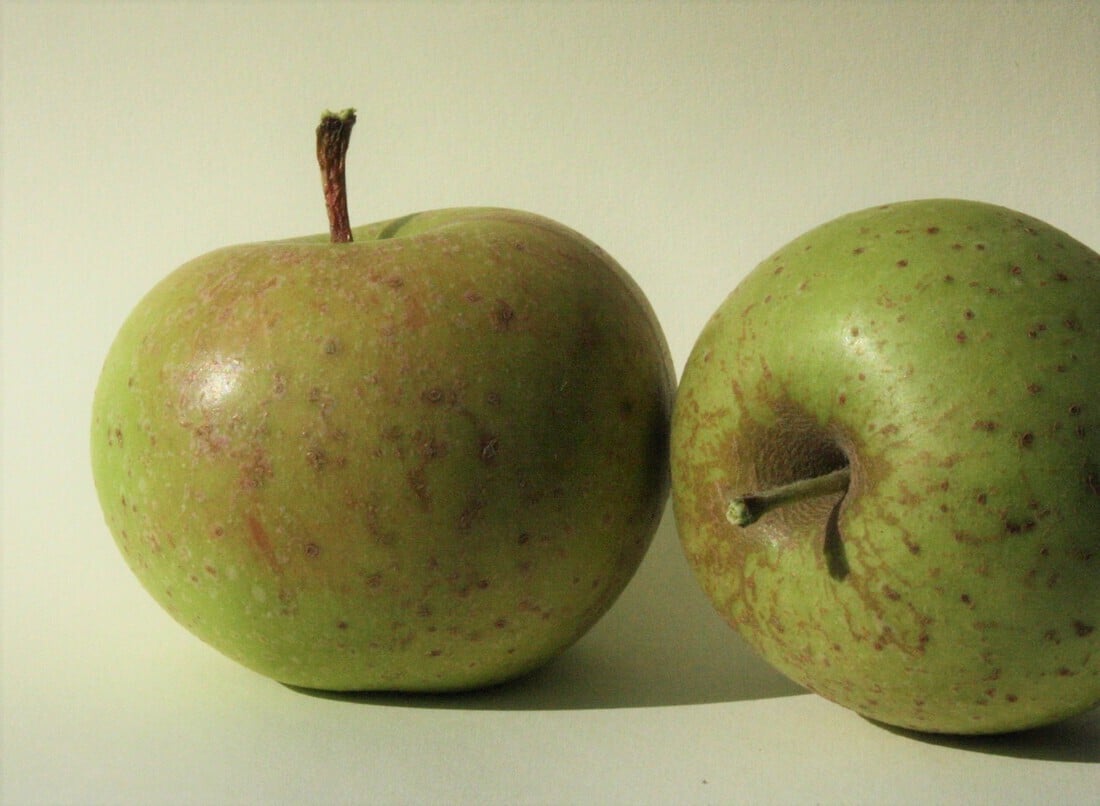 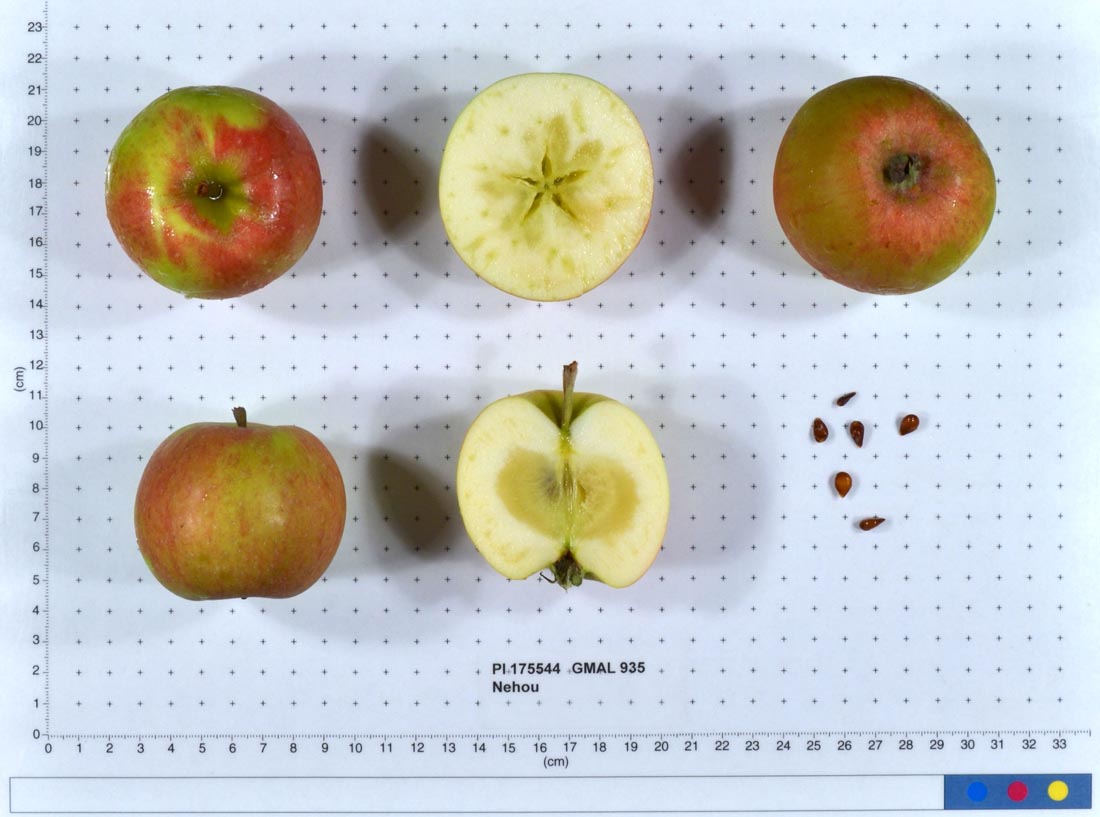 Identification: Medium to small, conic. Yellow, often with a reddish blush on the sun-exposed face. Thin skinned and develops a waxy feel.

Uses: Used as a cider apple and has become quite widespread as such.

Origins: Likely originated in the Manche Department of Néhou in Normandy of northwestern France and closely resembles the Petit Néhou cider apple which originates from the same region. There is no record of its parentage. Discussed in the 1895 edition of "Le Cidre et le poiré, revue mensuelle des intérêts pomologiques" (page 165) in which the advice is given that one should not attempt to cultivate it other than in good quality soil. Introduced to Britain by Dr. H.E. Durham for H.P. Bulmer & Co. in the 1920s.

Cultivation: On its own roots, the Néhou tends to be a spreading, medium size tree, moderately vigorous. Starts to bear fruit quite young and, once established, it produces heavy crops, more often than not on an annual basis. Needs extended mild autumn conditions in order to ripen fully. Nehou is rather sensitive and requires on-going care in the orchard.

Notes: There are also two distinct varieties of cider apples grown and used in Manche Department of Néhou in Normandy (France); the Petit Néhou and the Gros Néhou. Of the two, the Petit Néhou has the closest resemblance to the Néhou.

Cold storage: Needs to be used within about two weeks of harvest. The fruit tends to drop as soon as it is ripe.

Harvest: Ready for harvest over a 10-day period late in the fourth period.