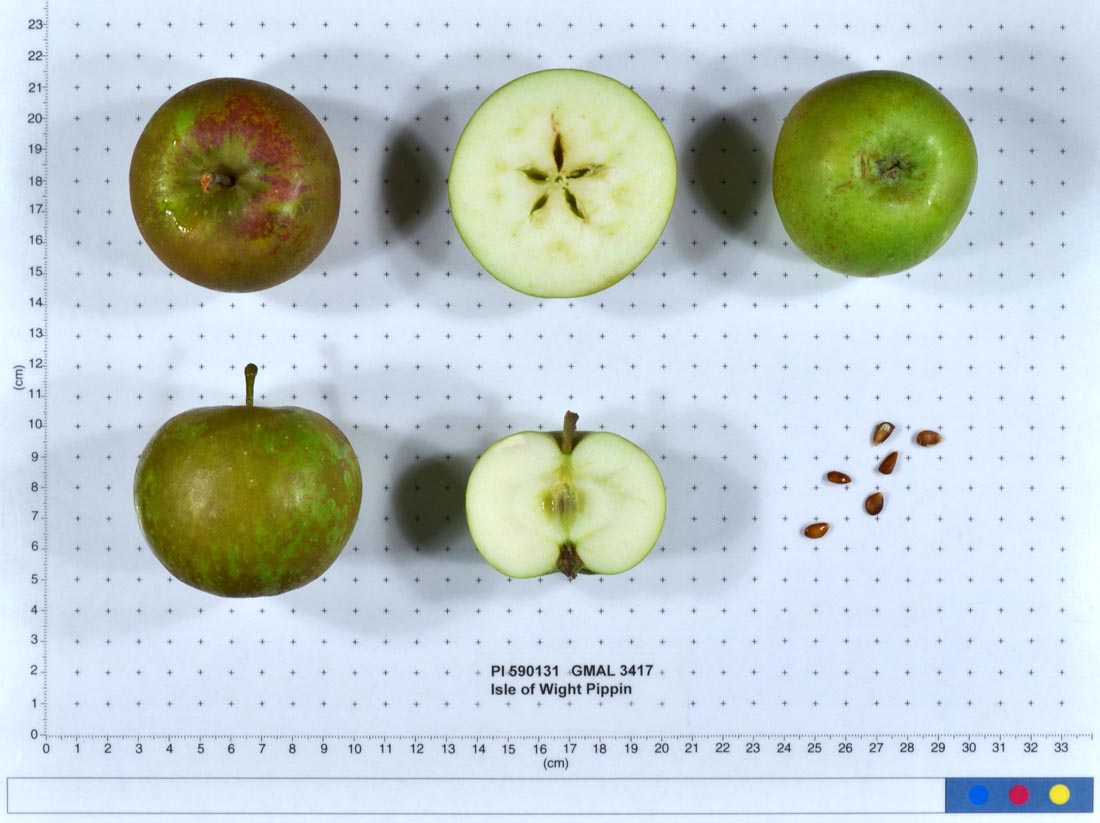 Identification: Small, round. The skin is golden yellow or pale orange with patches of rough russet, sometimes an orange flush on sun-exposed surfaces.. The skin feels greasy and rough. The stem is very short and set in a shallow cavity.

Characteristics: The flesh is white with greenish tinges, firm. Juicy and mildly sweet-sharp and aromatic.

Uses: Considered a fine eating apple, but it was used primarily for making cider.

Origins: Listed in Volume 1 of Alexander McDonald's 1807 printing of "A Complete Dictionary of Practical Gardening" with the terse description "a handsome middle sized apple, of greenish-yellow colour." However, the apple likely pre-dates this listing. "This is a very old variety," wrote British pomologist Robert Hogg in the 1851 edition of "British Pomology." "According to Mr. Knight, it is by some supposed to have been introduced from Normandy (France) to the Isle of Wight (U.K.), where it was first planted in the garden at Wrexall Cottage, near the Undercliff, where it was growing in 1817." Its introduction to the British Isles likely occurred well before this date since the Isle of Wight Pippin is listed as the flower parent for the Downton Pippin , which was first exhibited in 1806. There seem to be no record of the Isle of Wight Pippins parentage or origins.

Harvest: Ready for harvest starting in the middle of the fifth period. Leave on the tree as long as possible for the best flavours.