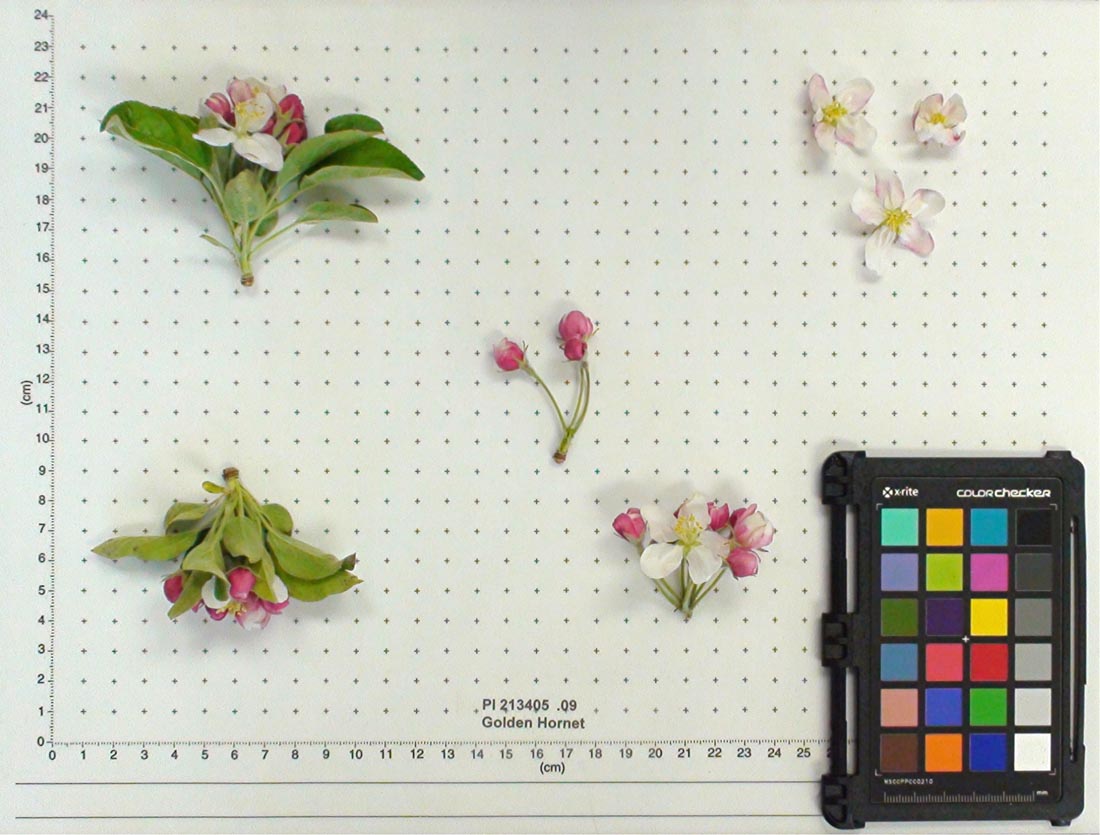 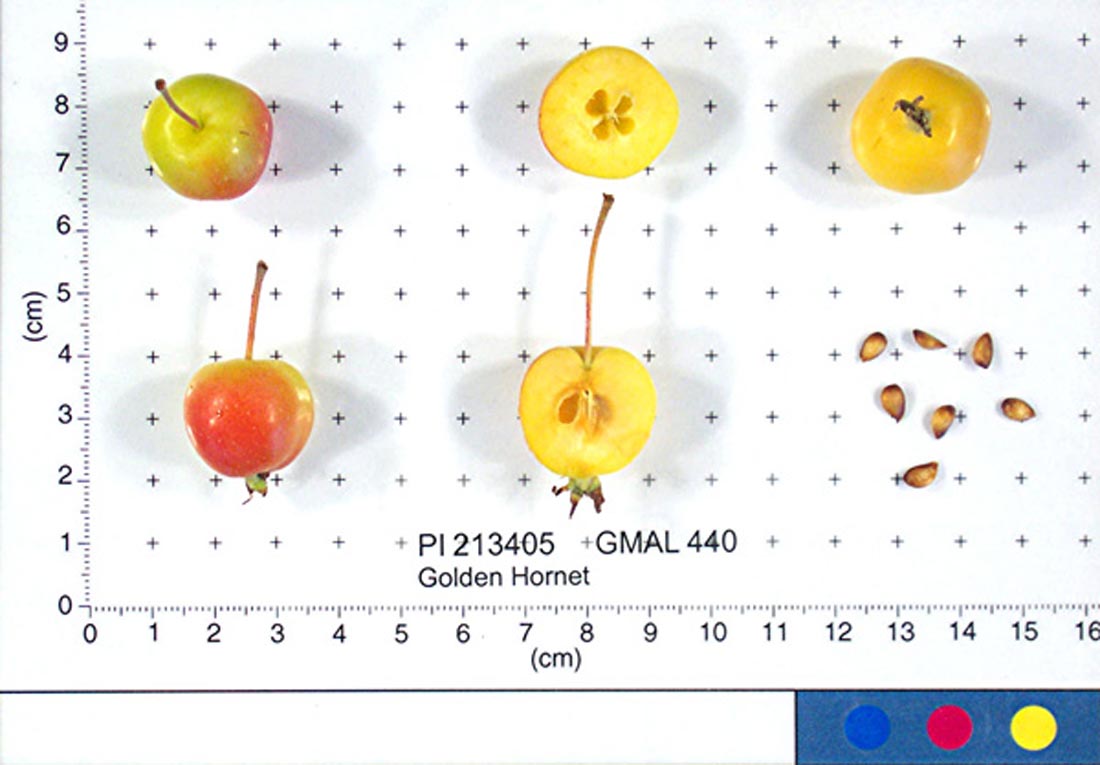 Origins: This tree was bred in the early 20th century by Waterer’s Nursery. It is thought to be descended from Malus prunifolia rinki or Malus x Zumi Calocarpa.ÓÒ

Ploidism: Self fertile. Group ???? Day ???? The bud is deep pink flowering out to a medium which blossom which produces viable pollen over a two week period starting early in Pollination Group C. An excellent pollinator for mid and lat flowering varieties.