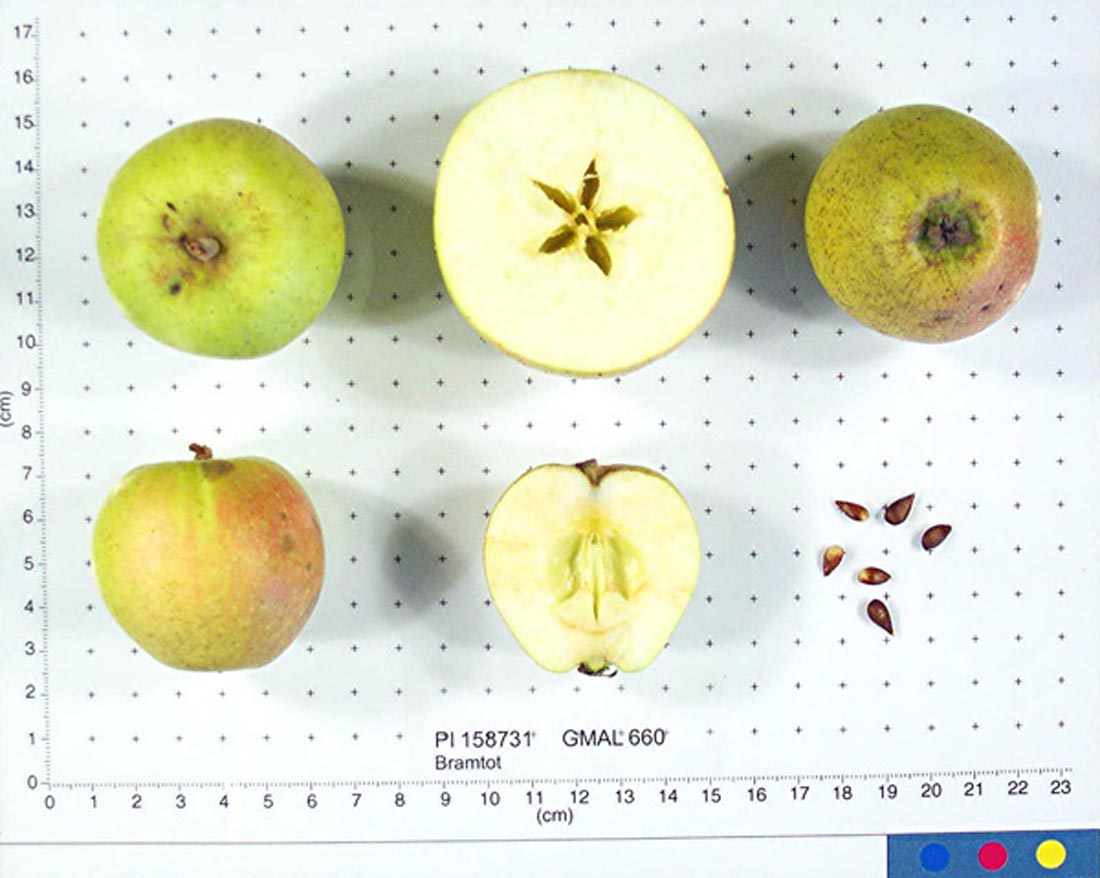 Identification: Small to medium size, conic. Green skin is blushed dull orange on the sun-exposed face and marked with russet networking. Abundant red and grey lenticels. The calyx is small and closed, set in a narrow, puckered basin. The stem is short and thin, set in a deep, funnel-shaped, often russetted cavity.

Characteristics: The flesh is white tending slightly to yellowish. Firm and very juicy. Sweet with a mild bitter flavour. Aromatic with notes of ripe banana. High juice yield, 375 milliLitres per pound of apple.

Uses: Bred for the production of cider. Not really suited for fresh eating or culinary purposes, but does make an excellent apple jelly.

Origins: A probable seedling of the cider cultivar Martin Fessard, raised from seed by nurseryman M. Legrand in Yvetot, northwest of Paris. First fruited in 1866 and widely grown in the Normandy region of France through the late-1800s and into the early 1900s. It continues to be a favourite among cider makers in the Normandy region and has been distributed through Europe, North America and Australia where it continues to be highly regarded. First documented by Félix Lucien Tranquille de Boutteville and Louis Achille Hauchecorne in "Le Cidre: Traité rédigé d'après les documents recueillis, de 1864 à 1872" which was published in 1873. In it, the Bramtôt is described as having all the good characteristics of the Martin-Fessard, but better.

Notes: The name of this cultivar is properly written Bramtôt since the variety was named in honour of a Yvetot businessman and friend of the nurseryman Pierre Legrand.

Cold storage: Does not store well but requires a couple of weeks to fully mature after harvest.

Juice character: Yields a pale, full-bitter juice with high sugar content. Brix 13.1. Tannins 0.50% and acids 0.32%. The astringency can be excessive and the juice is often blended with less aggressively tannic varieties.