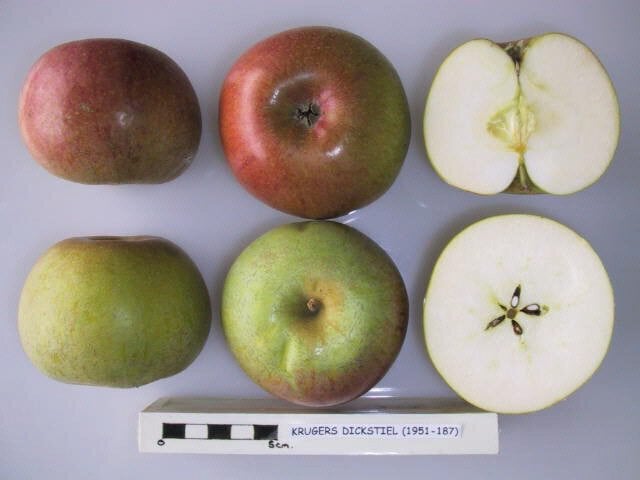 Summary: A German heritage cultivar from the 1800s. Excellent eating apple, as well as baking, juice and cider.

Identification: Medium tending to large size, round tending to flat-round. The base colour is green over which is a tight pattern of bright red striping to the point where it looks almost like a wash on the sun exposed face. The calyx is small and closed, set in a shallow basin. The stem is short and thick, set in a moderately deep and narrow cavity. The russeting in the stem cavity extend up almost onto the shoulder.

Uses: Generally regarded as a fresh eating apple, but also ranks high as a baking apple. Also favoured as a cider apple.

Origins: Originated prior to 1850 in the Mecklenburg region of northern Germany.